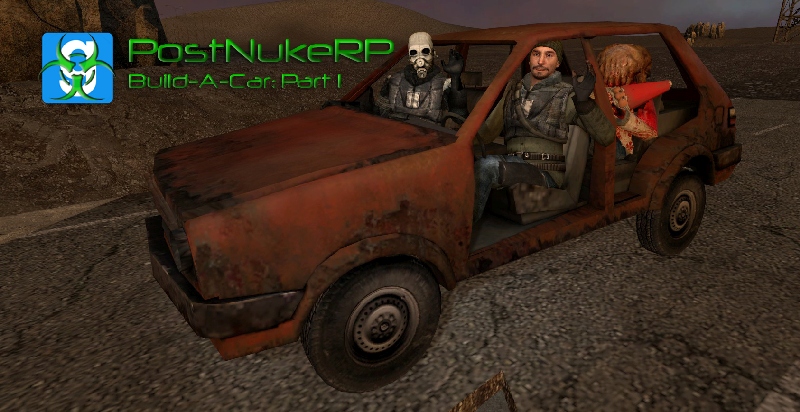 Part 1 of the new car system is finally done. This system changes how players will be able to get vehicles in PostNukeRP. This update also marks the first time that we will depend on the content of a Workshop addon by default: Doc’s Half-Life 2 Driveable Vehicles. With this we are able to bring the vehicle count to about 26 now.

Inventory per vehicle was not able to be added into this update with how much work we spent on building and testing this, that feature is planned for Part 2 and will be started on shortly after this update.

The system is pretty in depth but strait forward. On the map there is a chance that Car Hulls will spawn, these are typically the destroyed vehicle bodies seen in the Q menu. At this moment there are only two that will spawn on the map at any given time. (10% chance every time the resource spawner runs). These “Hulls” will spawn with a condition between 15-75%.

The /carseat command has also been updated to work with every vehicle other than the airboat.

Thats pretty much it, happy hunting.