Archive for the ‘PostNukeRP’ Category

So far so good with the update. The server has been running stable for the past couple of days. It is still possible that something could have been missed however. If you find a bug please report it on our Dev Forums and we will get a fix out for it. http://radioactivecricket.com/forums/

Garry’s Mod released a large update today, and it seems to have broken parts of the gamemode.

I am working on patching the issues and will have the server back up soon.

Due to a SQL Injection exploit the PNRP database was compromised. In other words, most everyone’s profiles were messed with as well as the community tables.

The patch uploaded to the server should safeguard against any further attempts. The downside is that the server database had to be wiped.

This has delayed work on the new update a bit, but not too long thankfully. Originally we were talking about doing a wipe with the new update. Since I am really against wipes I will be putting extra effort into some one time use functions that will convert players info to the new system.

One of the changes that we are working on for the next big patch is a change to the inventory system. With the new system we are planning on items storing their stats and such.

As a extra treat I will mention one other plan. The knife will no longer be a default weapon with the planned update. The current fist weapon will be the default, and the knife will be a craft weapon. So a heads up, I wont be converting the knife into players inventory.

When will the server be back up?

I should have the server up tomorrow afternoon/night. Its late here, and I dont want to bring the server up without being able to monitor it if there is a issue.

Database reset thanks to idiots exploiting the server. Eldar fixed the issues and will bring it back up tomorrow.

Posting a status update of the gamemode.

I know it has been a while since we have done work on the PostNukeRP. Both me and Lost have been really busy with Real Life stuff.
That being said, now that the crazy “End of Year” stuff that always seems to come up is done with (For the most part) I should have more time to work on PNRP.

Lost should have some free time coming up as well.

What new stuff will we see?
Not much for a bit. You will see us in the Dev server more, but alot of our work is catching up on fixes and code reworking we have had planned for a while.
True, once we are done you will notice some changes. For example I will be tackling the menu system. So expect some changes on were you get to some stuff. I will also be working on methods to optimize our Dema windows to prevent duplicates and such.

Many other changes will be back end and you may not see them. Other than some optimizations.

Some of the code on the back end of PostNukeRP is a bit old. Garrys Mod has seen alot of changes over the years, and the height of PNRP development was when GMod seemed to break every few weeks. Due to that we have had to use some unconventional methods to make the code work, and it was not changed to a more streamlined method when GMod stabilized.

One good example of this is the IsValid() command. At one point this actually broke rather badly, and in the early days it was not always reliable, so we had to use other methods.

Once we get alot of core systems reworked we will start reworking some of our systems, such as the spawner and inventory.
In fact we will be implementing something that has been suggested a while back and something we have wanted to do. Persistent items. For example, if you pick up your broken miner, it will still be broken.

Thats about it for now. Will post more info as we make more progress.
I may also post some progress on my Twitter and may on my Tumblr blog as well. 😎 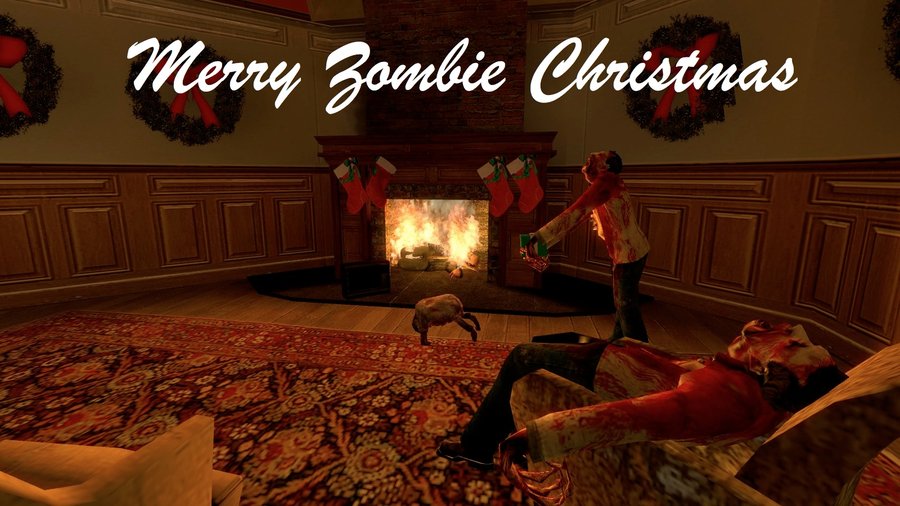 Remember to prepared for any contingency. Posted in PostNukeRP | No Comments »
Custom AI back from the dead
Eldar Storm | September 11th, 2014

One of our very early plans was to make NPC’s with custom AI’s to expand their abilities and such.
About a year ago or so we shelved this idea due to Garry breaking custom scheduling and such a while back. We had also taken a look at nextbot at the time, but it was still in early stages and did not work all that well.

Well as of now we have taken this project off the shelf and blown the dust off of it. We are working on nextbot NPC’s.

Why post this now?
Well after alot of work over the past week laying the foundation of the NPC we made a lot of progress last night.

I will not be going into detail about what all the NPC will be able to do, we want this to be a surprise.
All I will say is that we are starting on the standard Classic HL2 Zombie, and our custom AI should make it more interesting and challenging.

What will we be doing after the first Zombie?
Wait and see

Ok, a few bug fixes and the new Wasteland Bounty Board has been added

The bounty board is pretty strait forward.
To access the Bounty Board you will need to use a Home-Made Radio. The Bounty Board option will be on the radio’s interface.

To post a bounty you will need to have the minimum resources [200 Scrap, 75 Small Parts, and 10 Chems]
Bounties will expire on their own after 3 days.
There is also a Bounty Tax, this will charge you 10% and is not refundable, even if you cancel the bounty or if it expires.

Bounties are first some first served, so the first registered hitman to terminate the target will get the reward.

The update will be uploaded to the server sometime tonight.

Posted in PostNukeRP | No Comments »
Next Page »« Previous Page